The LED Trigger kits come with 2 resistors, 2 LEDs and wire. You need a Game Boy Advance console to install them into.

Start by unscrewing your GBA and removing the PCB.

Trim the resistor wires short. Trim the the LED legs short also, remembering which leg was longer than the other. Don't worry if you forget, you can always just swap the LED legs around after install if it does not work.

Start by placing the LEDs in the positions shown. Cut and solder the included wire so that one wire goes from the leg that was longer on the LED to the resistor, then the other side of the resistor to the S1 pin of the cartridge connector.

Repeat this for both LEDs. 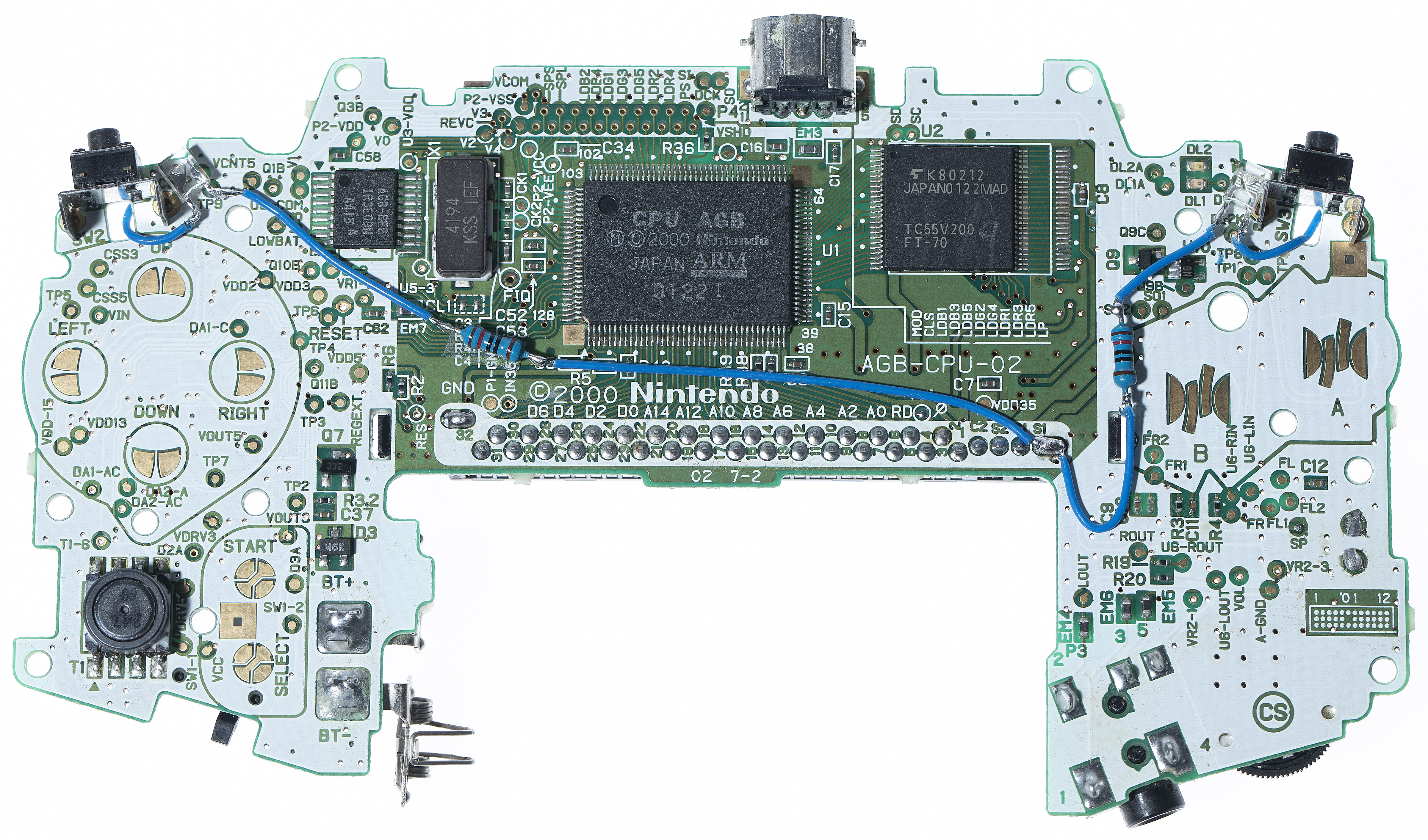 Solder wire to the other leg of the LED, pass it through the hole in the center of the trigger button, and solder it to the top left pad of the button pins as shown. 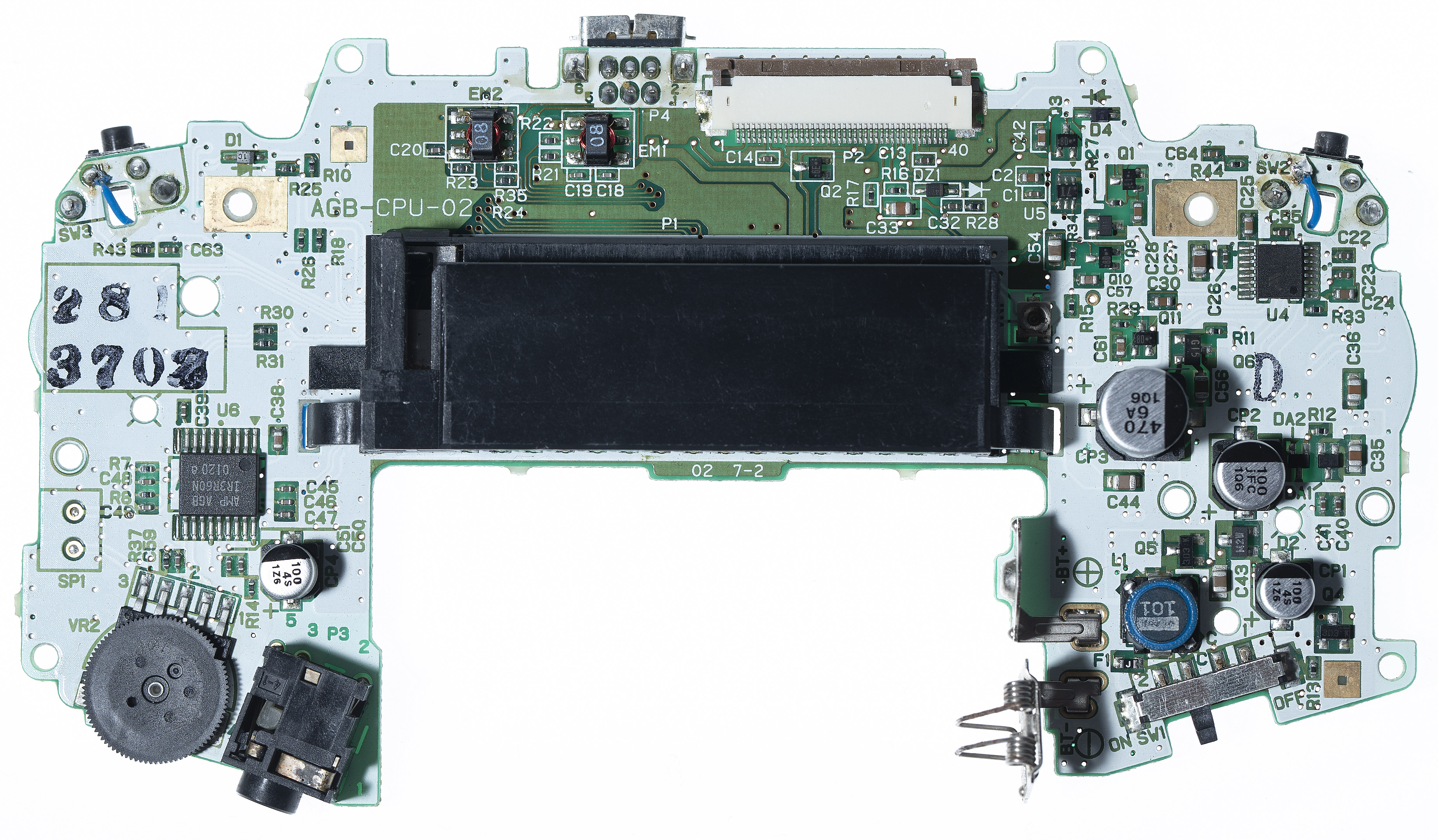 Now every time you press the trigger buttons the LED will light up for that trigger.

To have the LEDs lit permanently when the console is on, instead of soldering the wires to the left pads of the buttons shown above, solder it to the pad to the right of.