Start by taking apart your Game Boy Pocket. You will need a triwing and philips screwdriver.

Now the main motherboard can be removed.

Remove the old LCD from the front shell and set aside all buttons, rubbers and screws.

Trimming the shell is another important step. Use the side cutters to trim the parts of the shell flush to the surface where shown in red.

Be very careful of the critical position. Do not cut too much away here, as doing so will cause the screen to fall down and not be level.

Then start by cutting up to a little past the edge of the screen window then place the LCDC into the console, and try and fit the top bracket on top so the thick side fits down the left edge. If it doesn't fit because its too tight, trim a little more off the critical position. 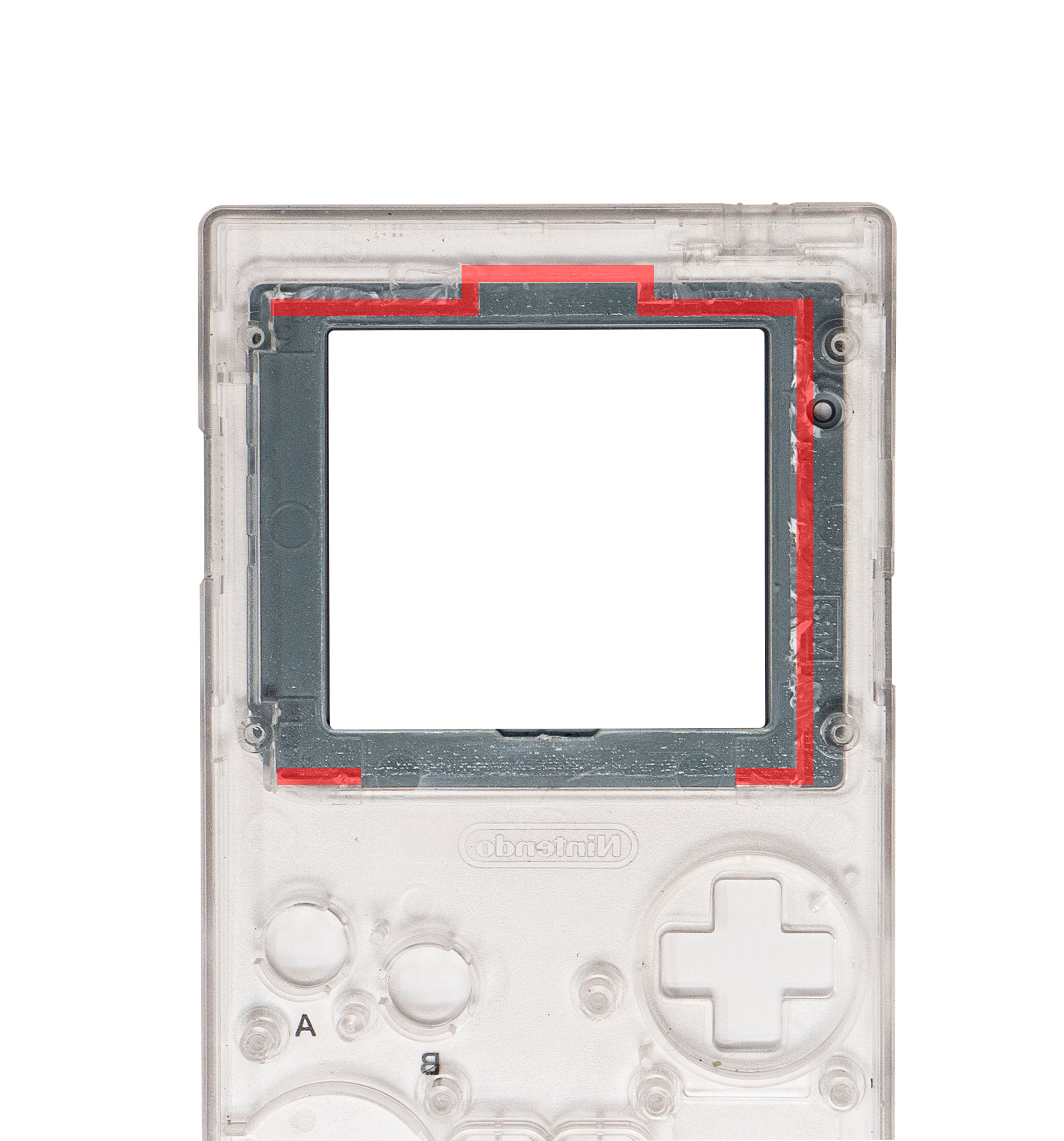 Once everything fits into position your screen should fit level and tight into the shell snug into place. 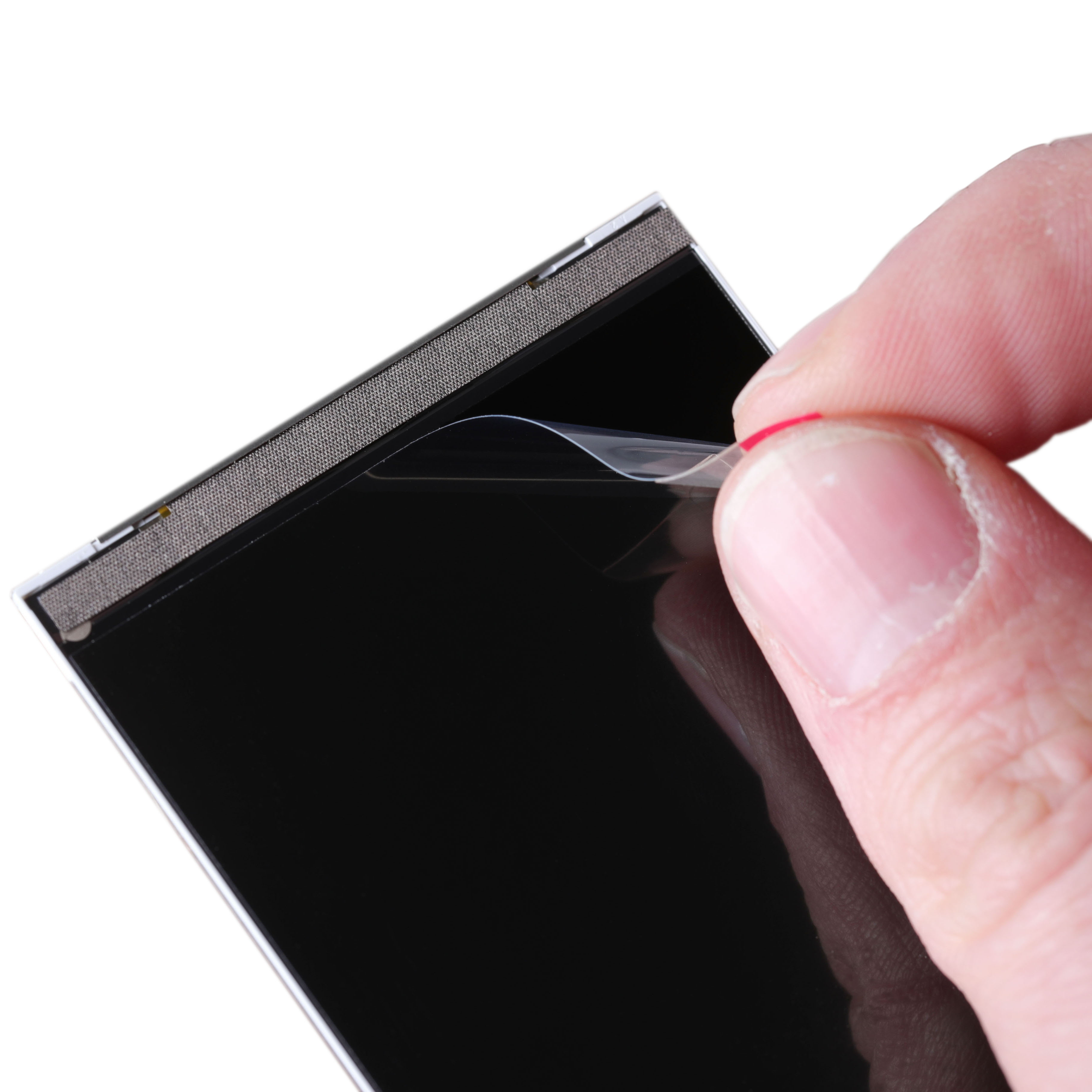 Re-assemble the screen and brackets into position.

Connect the LCD circuit board to the screen passing the ribbon cable and 2 wires underneath the bracket. 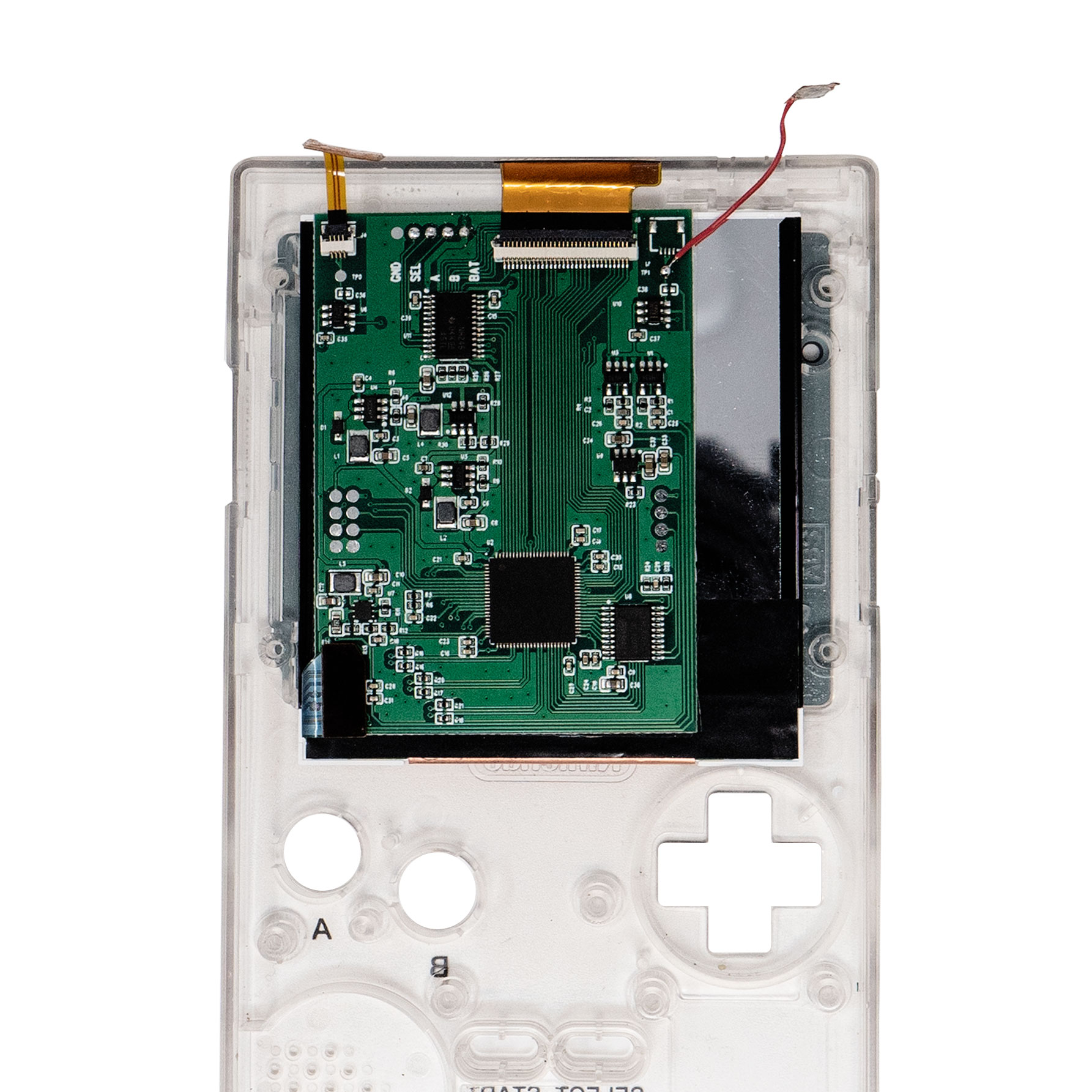 Finally peel off the backing tape of each copper pad and stick them to the shell anywhere you want to "touch" the shell to change brightness and colour palette. 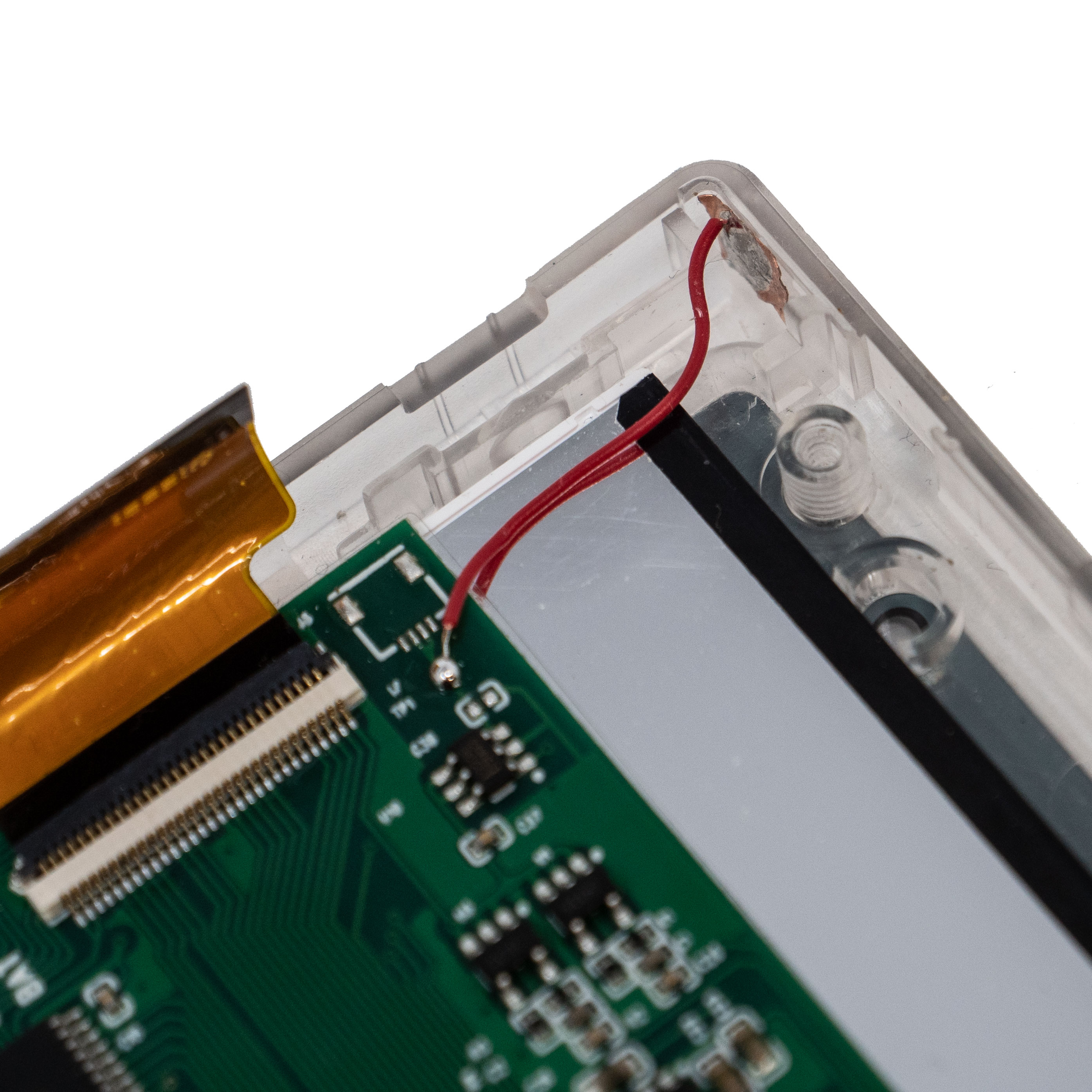 The above image displays an example installation of the colour adjust. 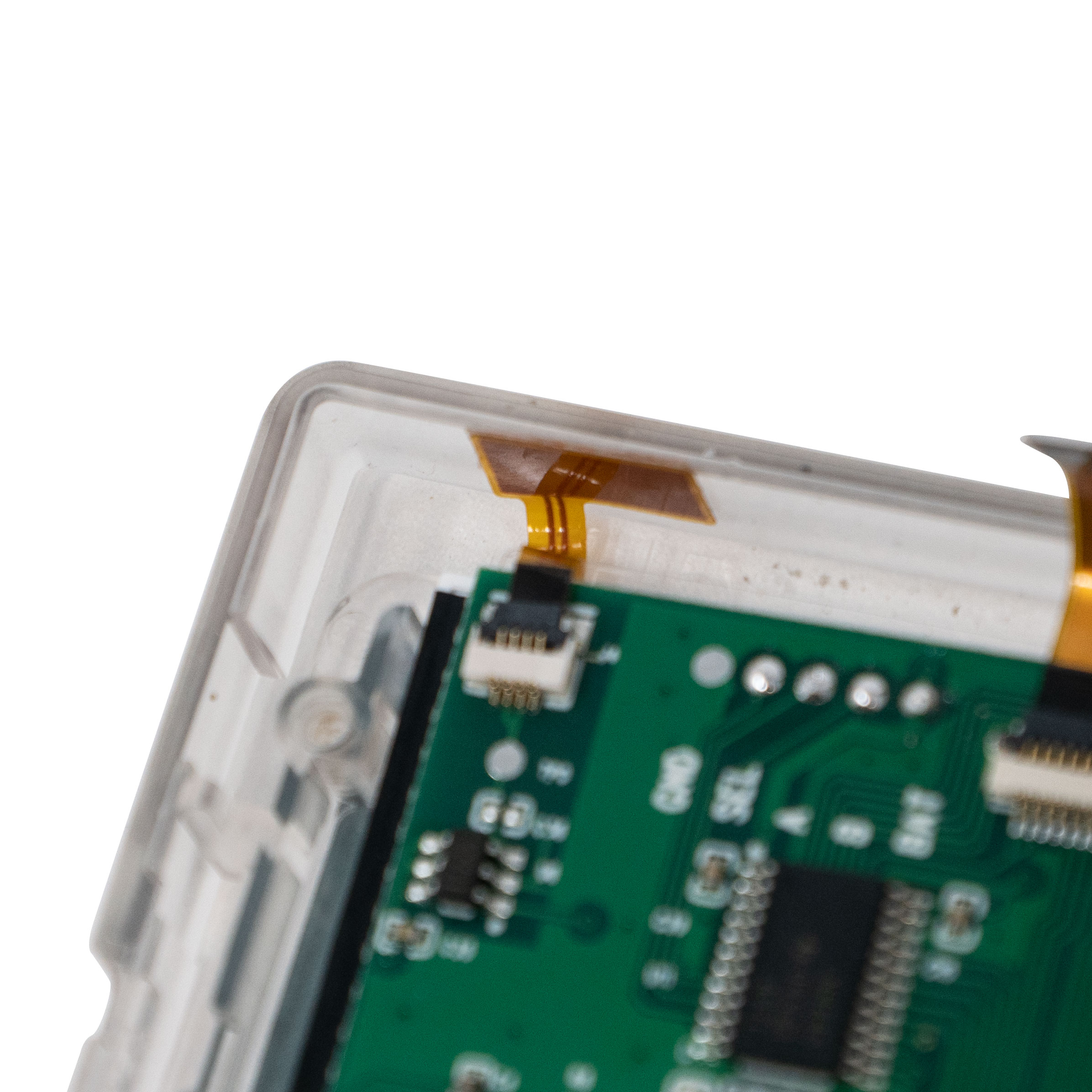 The above image displays an example installation of the brightness adjust.

The next step in the installation is to solder the four cables as displayed below from the IPS screen to the motherboard. 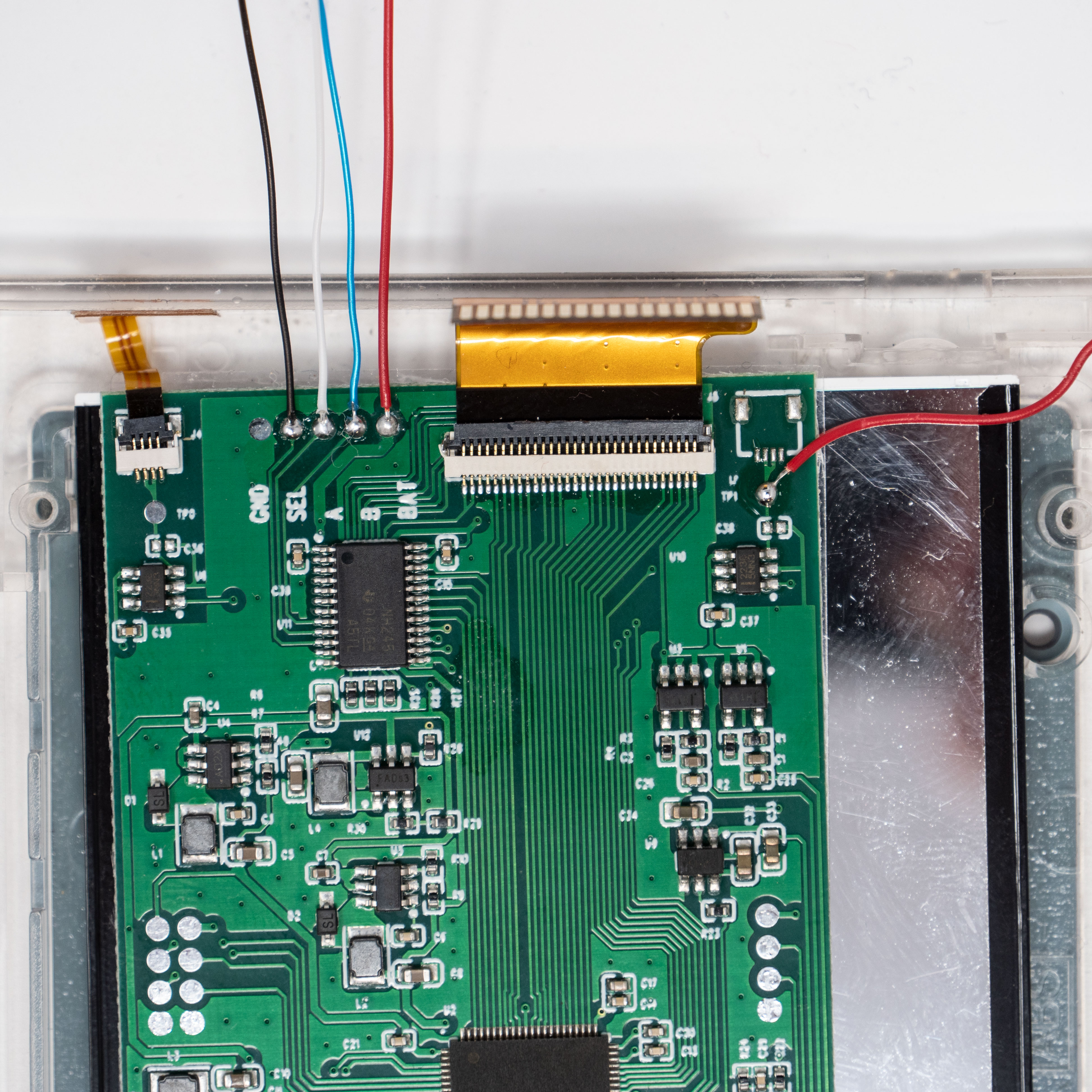 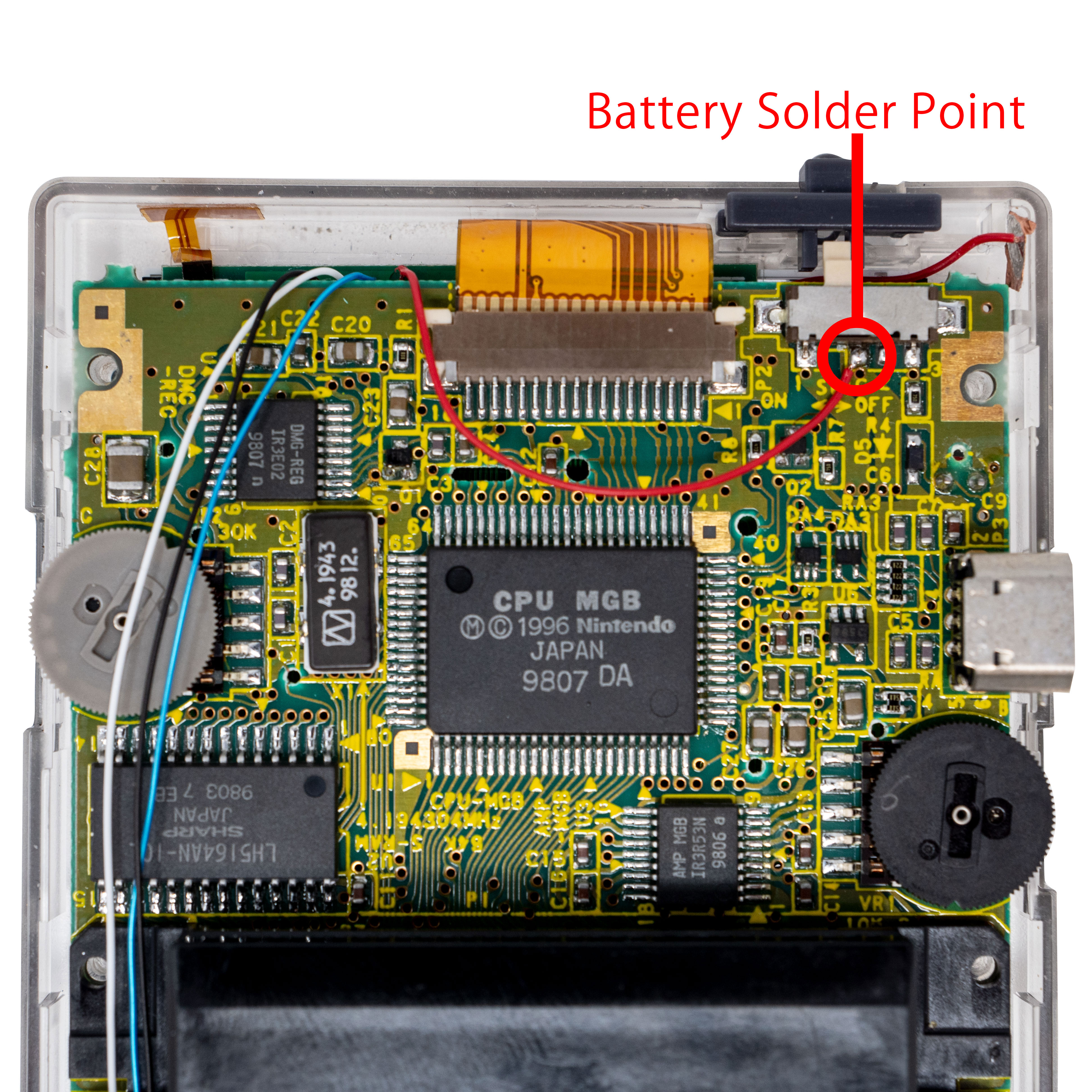 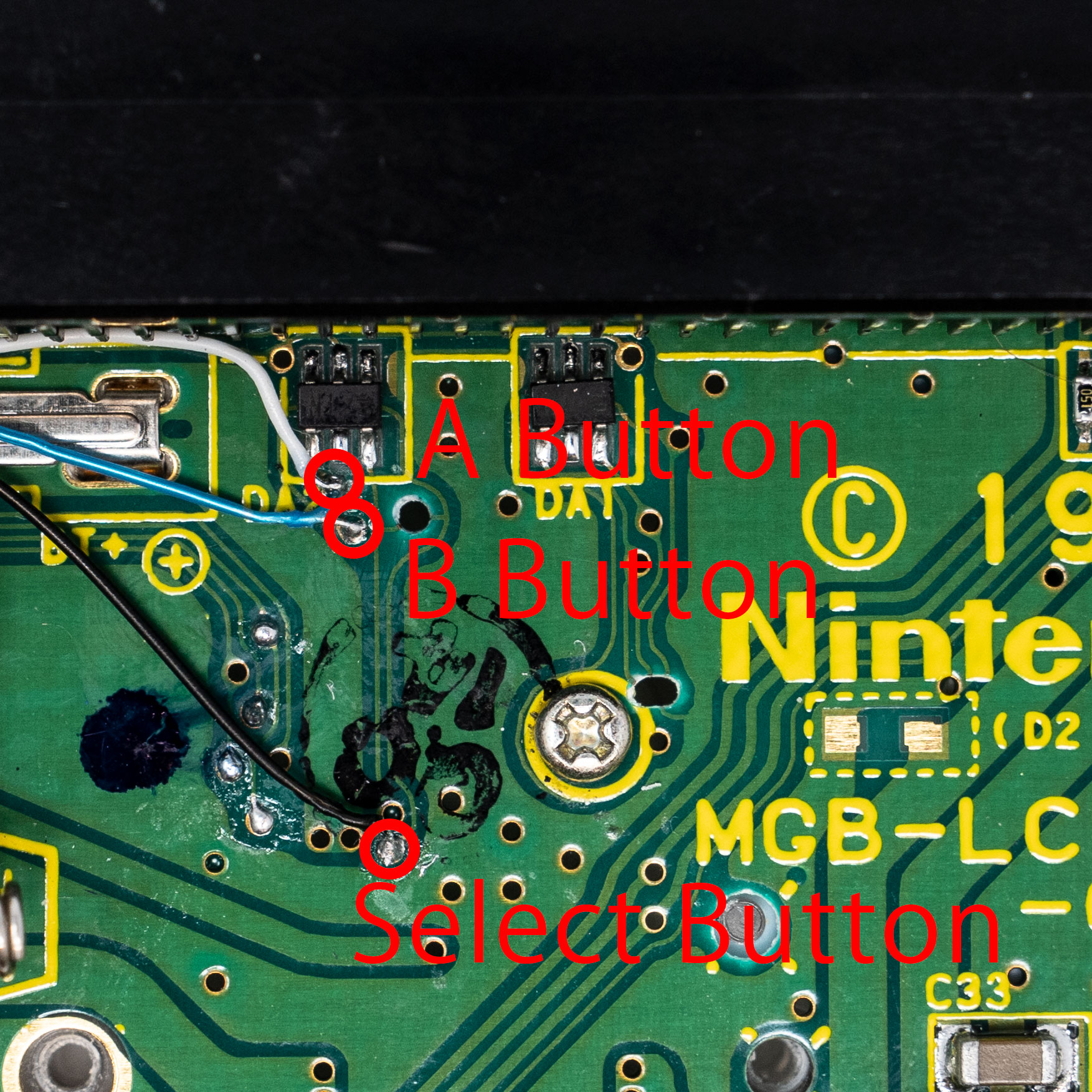 Now before reinstalling the Game Boy Pocket motherboard you must solder 4 cables as follows:

Now place the motherboard back into position and carefully screw the board back down. If it feels too tight stop and check if something is catching or pressing before blinding screwing down the board and breaking something. The board will be tight when installed correct but not to the point of damage, so just take your time and be careful assembling it back. 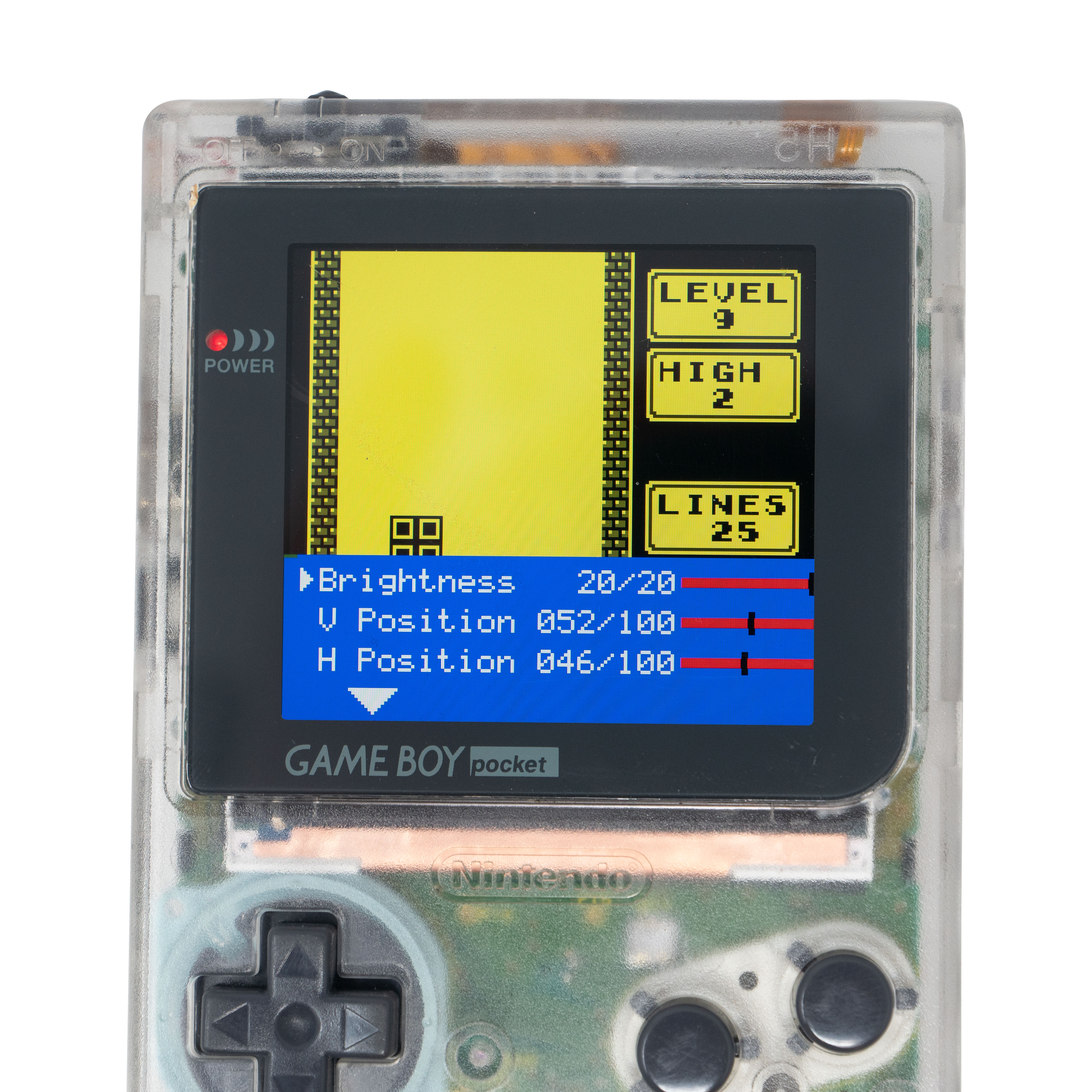 Please see images below for the menu functionality with in the board: 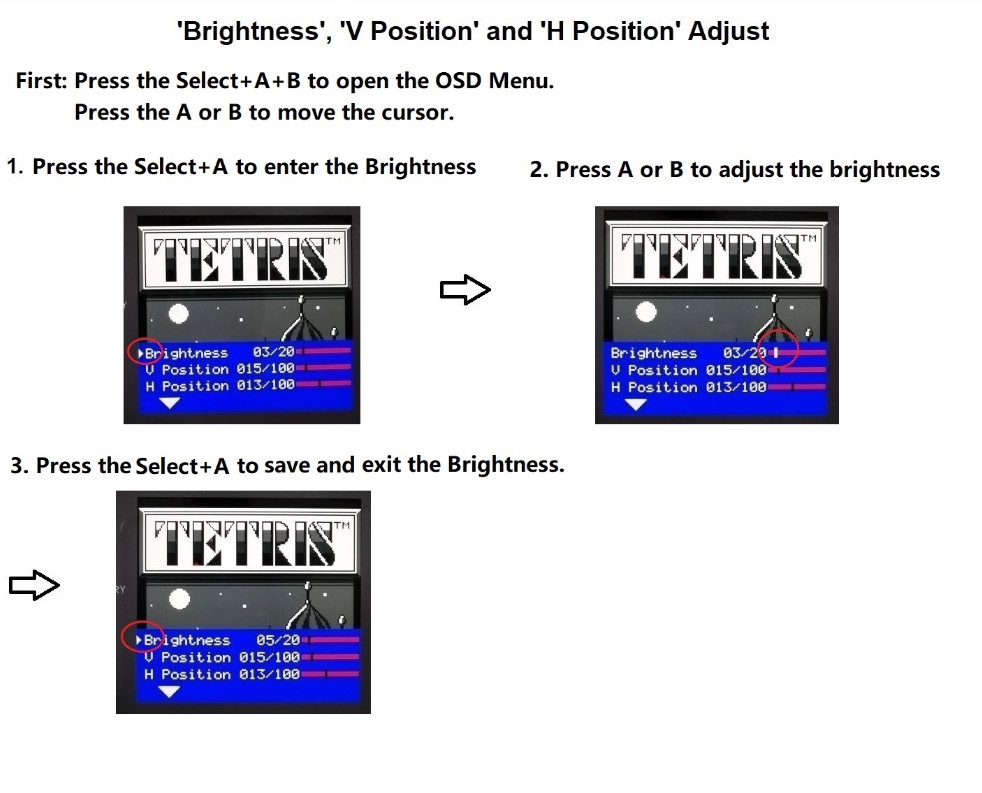 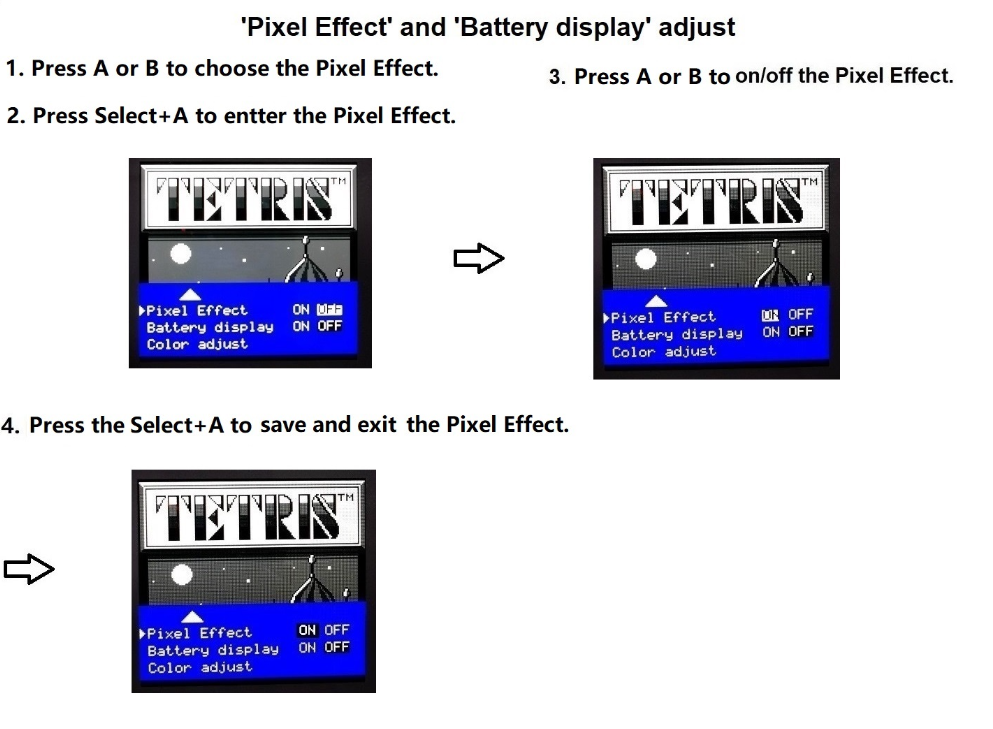 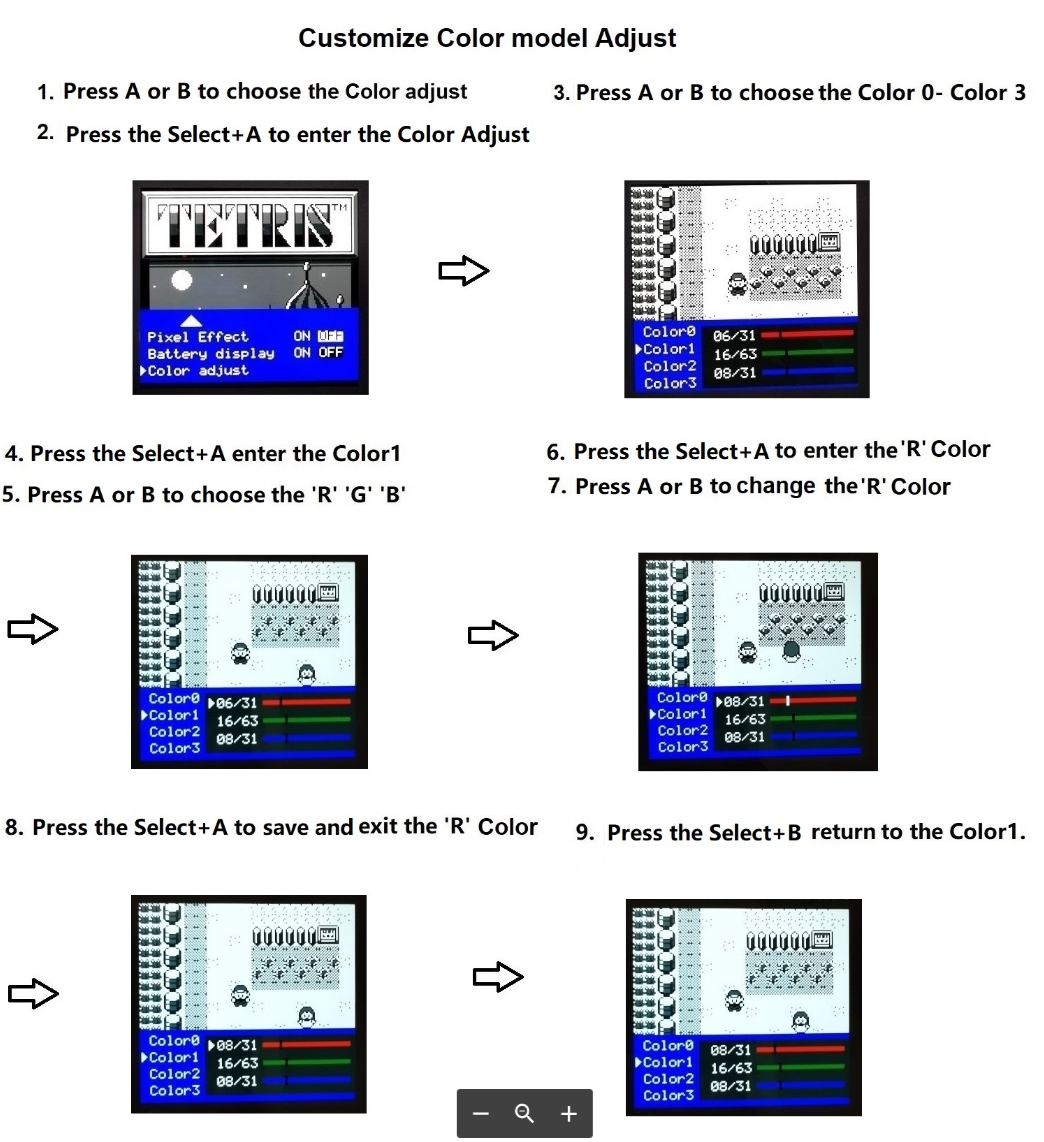